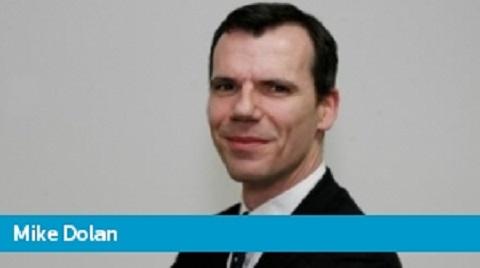 Reuters - Ailing emerging markets are caught between a rock and a hard place - Washington and Beijing to be more precise.

For much of 2013, the investor narrative was that currencies and stock markets from Mumbai to Moscow and Istanbul to Johannesburg were running aground as Federal Reserve largesse ebbed away.

As the Fed slows its printing presses and reins in global liquidity via higher U.S. Treasury yields and a rising dollar, those markets that gained most from the swell of quantitative easing would suffer from its withdrawal, it was argued.

And so it played out. Many of the frothier and most exposed emerging markets shook as 10-year U.S. yields surged more than 100 basis points last year to top 3.0 percent as 2014 dawned and the Fed, finally, embarked on its first 'taper' in January.

Yet the odd thing about the stampede out of emerging markets this year - which sent Turkey's lira, Argentina's peso, Russia's rouble and South Africa's rand all plunging last month - is that it's happened just as Treasury yields went into reverse. They have dropped almost half a percentage point since Jan. 1.

The burst of Treasury buying was all the more remarkable given that the Fed has been buying fewer bonds and foreign central banks - many needing hard cash reserves to intervene in defence of their currencies - were selling more than $20 billion of Treasury securities in the week to last Wednesday.

The causality goes a little haywire at this point.

Did the start of the actual Fed bond taper last month feed such volatility on emerging and western equity markets as to prompt a counter-intuitive flight to safety in U.S. Treasuries?

It makes sense if you watch parallel gains in gold and Swiss francs, for example, and a surge in seismographs such as Wall St's equity volatility index, the Vix.

Or has the financial shock and currency-supporting interest rate rises in developing economies been bad enough to darken the economic outlook everywhere?

"Emerging markets should be much more concerned about the 'China taper' than the Fed taper," said Crossborder Capital Managing Director Mike Howell.

While long-standing China slowdown fears eased somewhat late last year, business surveys in January indicate another stall as authorities push on toward a more consumption-driven model and aim to tame the recent credit boom by squeezing the lending activities of its 'shadow banks'.

Apart from monthly data from Beijing, a halving last month of world shipping prices - often seen as a play on Chinese demand - reveals some considerable alarm on that front.

And to the extent that Chinese sovereign credit default swaps are any proxy for systemic and debt-related concerns, their resurgence over the past two months is also revealing.

So while the fall in U.S. Treasury yields this year so far could act as some automatic stabiliser of emerging markets, the return of China angst pops up to replace it.

"The two big threats facing EM have turned upside down," said Citi strategist David Lubin, adding that the dance between both influences could end up depressing world growth at the margins and make it increasingly difficult for many developing countries to export their way out of trouble.

"The growth model, once so reliable and impressive, is in flux," Lubin said.

This is not going away easily. If there's a rebound in growth in China after its new year celebrations, the likelihood is reduced global stress and repeated Fed tapering will lift Treasury yields again. If not, pressure may mount anyway.

To be sure, there appears to be little panic among long-term investors who still insist cheaper emerging market equity will pay off over time in economies with higher growth potential, better demographics and better balance sheets than much of the developed world.

There are good reasons at least why full-blown sovereign and systemic crises can be avoided, unlike the late 1990s of rigid exchange rates and modest hard cash reserves.

But the chillier international winds will expose any deeper structural and political flaws in capital-hungry emerging economies. And less patient mutual funds - where net $14 billion of outflows last month alone exceeded 2013 as a whole - may not want to hang about for that long.

One choice may be to switch between interest-rate sensitive markets of the 'Fragile Five', Turkey, Brazil, India, Indonesia and South Africa, and those more hip to global growth at large, such as South Korea, Russia and China itself.

"I'd be more wary of the latter group right now," said Deutsche Bank emerging equities strategist John Paul Smith. "It may not be the time to turn incrementally more bearish but the outlook for the year ahead is just not positive."