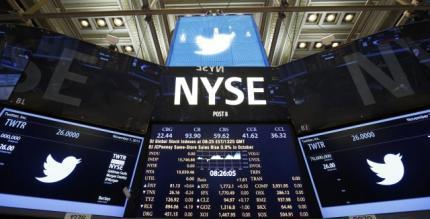 Reuters - U.S. stocks slipped on Thursday, as investors turned cautious ahead of Friday's monthly jobs report, while a drop in biotech and momentum shares dragged the Nasdaq down nearly 1 percent.

The Dow ended down just a fraction of a point, within about 4 points of its record closing high of 16,576.66 set on Dec. 31. The Dow posted an all-time intraday high during the session.

Market outperformers in the Internet and biotech sectors lost ground, resuming a selloff from March after some recent gains. Two weeks ago, biotechs suffered their worst day since 2011.

"That's a buying opportunity in our view. We think (biotech) will come roaring back. It's not just going to have one good year and be done," said Randy Warren, chief investment officer of Warren Financial Service in Exton, Pennsylvania.

Investors were reluctant to make big bets ahead of Friday's nonfarm payrolls report, when they will be looking for evidence that recent weather-related weakness in the economy has passed. Economists expect that employers added 200,000 jobs to nonfarm payrolls in March, according to a Reuters poll.

The options market also focused on momentum stocks, with Tesla Motors remaining a favorite with the speculative crowd for a second day. The total option volume by afternoon was running at about a 30 percent mark-up to what's typically seen.

Shares of Barnes & Noble Inc plunged 13.5 percent to $19.12 after Liberty Media Corp said it has sold almost all of its stake in the company, ending a nearly three-year bet that the struggling retailer would emerge as a dominant seller of e-books.

On the economic front, the U.S. trade deficit unexpectedly widened in February to $42.3 billion as exports hit a five-month low, suggesting that first-quarter growth could be much weaker than initially expected.

A bright spot came from the services sector, where growth accelerated in March after being hampered by unusually cold weather, according to the Institute for Supply Management's services-sector index.

In the biopharmaceutical sector, Gilead Sciences Inc said late Wednesday that a trial of its hepatitis C drug sofosbuvir, sold under the brand name Sovaldi in the United States, showed the drug was safe and effective in treating Japanese patients infected with a common form of the virus. Its stock edged up 0.1 percent to close at $74.

About 6.0 billion shares changed hands on U.S. exchanges, below the 6.4 billion average so far this month, according to data from BATS Global Markets. 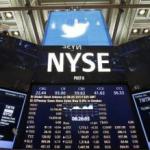 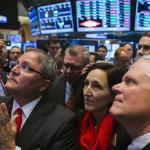